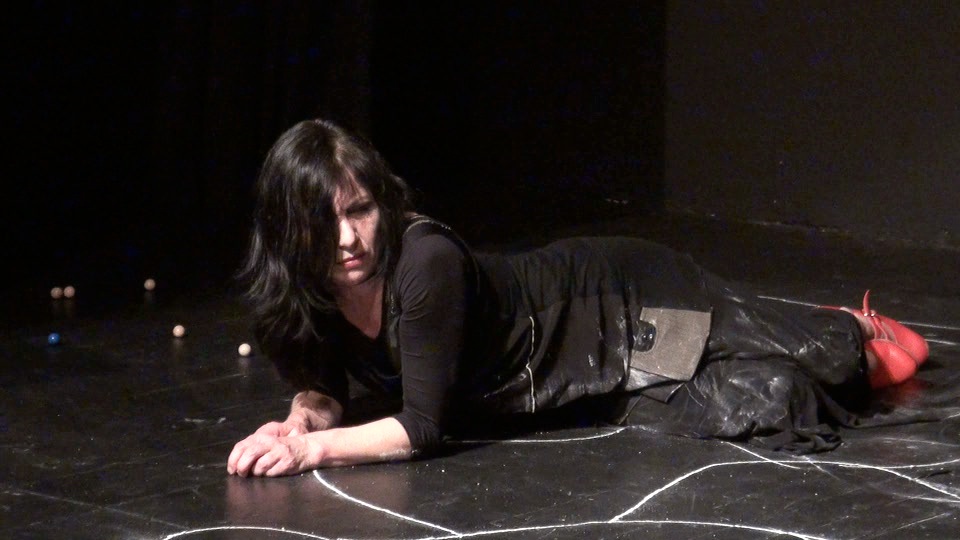 Mary E. Says:
I loved Alma Colorada! The piece struck me as a powerful internal map which allowed the viewer to travel through time inhabiting the felt experiences of a continuum of interwoven characters all related to and including the performer. Catherine Debon tells us her story using fierce, lovely, frightening, compelling strokes and gestures, an impressionistic gestalt that leaves the viewer with a deeply felt sense of all that has transpired. A huge accomplishment for a 45 minute piece taking on such a prominent chunk of world and familial history.

Owen Walker Says:
Bravo to Alma Colorada! Once again Catherine has shown her magnificent abilities as a physical actor, writer and story teller. She was able to inhabit and maintain 8 different characters across time in a way that was both humorous incredibly moving. Her characters and imagery brought me, in a personal way, right into the world of her grandparents town on the border between Franco’s Spain and Nazi occupied France. I had a visceral sense of that impossible time and the impact it had on those who lived through it. I also see how that experience can ripple across generations 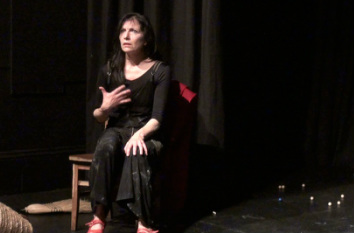 Riki Bloom Says:
Alma Colorada is fantastic, a deep investigation into family history with exquisitely developed characters, time traveling in the form of a one woman show train taking us back and forth from the roots of a neurotic body and mind deconstructing societies past and present. Catherine Debon gives an inspiring performance full of heart and soul, skillful stage presence and creative brilliance! 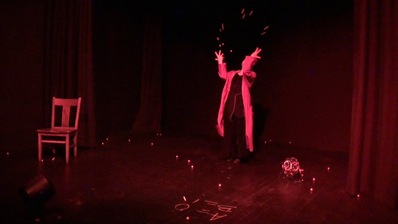 Lori Shantzis Says:
​This was possibly the best one-woman show I’ve ever seen. Catherine Debon is startling–perhaps the only things more impressive than her acting is the script and choreography. No, they were all outstanding. This is a play to remember for the rest of your life. 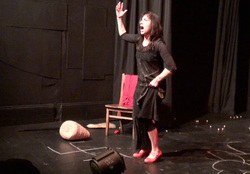 Janis Richman Says:
From the moment the piece began, I felt unstuck in time… moving through unfamiliar events and fragments of history that became momentarily clear in bursts of emotion and beautiful imagery. Catherine’s skilled story telling, terrific acting and beautiful movement kept be captivated. It’s one of those visual experiences that stays with you as you ride home…
Onovive Lincoln Says:This piece is truly like time travel. Debon is so powerfully able to embody the characters of her family and the people of this story that you are shocked into seeing the images in her mind as if you are thinking her thoughts and seeing what those people saw.

Michele Dennis Says:   You will rarely see as much pure energy, emotion and wit associated with the telling of a family’s life. Heart, History and Expression have an equal stage with the women Catherine brings to life . Alma Colorada is not to be missed.